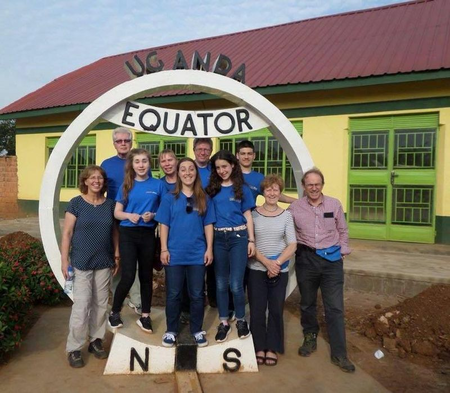 March 21 and September 23 are equatorial equinox days where the sun rises and sets directly above the equator line at midday on these two days; you will not see your shadow because the line is straight up.